This upcoming Thursday, May 21st,  nationally acclaimed author MEGAN ABBOTT will be at the Palmer Branch for a book talk and signing. This program is a part of the nationwide paperback release of her book, The Fever. Other books Ms. Abbott has written are Bury Me Deep, Dare Me, Die a Little, and The End of Everything.


Books will be available for sale and signing after the program. Light refreshments will be provided, and the program itself is FREE and OPEN TO THE PUBLIC.


Hope to see you all there!
Posted by Mary Niclaus at 10:44 AM No comments:

Reblogged: Books Guaranteed to Make You Laugh Out Loud

Warning: You'll probably want to read these in private, since spontaneous laughter can occur.

Mindy Kaling's IS EVERYONE HANGING OUT WITHOUT ME?
Kaling shares her observations, fears, and opinions about a wide-ranging list of the topics she thinks about the most. From her favorite types of guys to life in the "The Office" writers' room, her book is full of personal stories and laugh-out-loud philosophies.

Christopher Moore's LAMB: THE GOSPEL ACCORDING TO BIFF
The birth of Jesus has been well chronicled, as have his glorious teachings, acts, and divine sacrifice after his thirtieth birthday. But no one knows about the early life of the Son of God, the missing years-- except Biff, the Messiah's best childhood friend, who has been resurrected to tell the story.

Jonathan Ames's WAKE UP, SIR!
This book proves even a personal butler can’t help some people. But it’s fun to watch them try.

Jack Handey's THE STENCH OF HONOLULU
Two friends who are given a treasure map by a travel agent embark on a quest for the Golden Monkey in the mysterious land of Honolulu, where they meet untold dangers, encounter strange natives, and discover ancient ruins.

William Goldman's THE PRINCESS BRIDE
Whether you liked the film adaptation or hated it, read this book! It’s the the Spinal Tap of fairy tales, and it’s much funnier on paper.

David Sedaris's ME TALK PRETTY ONE DAY
Sedaris has unabashedly been called the funniest writer in America by critics and fans alike. Any of his titles will have you crossing your legs to keep from wetting yourself, but Me Talk Pretty One Day really triumphs.

Nora Ephron's I FEEL BAD ABOUT MY NECK
Ephron brought us Sleepless in Seattle and You’ve Got Mail, so is it any surprise this collection of essays about being a woman of a certain age hits you hard in the LOLerbone?

P.G. Wodehouse's THANK YOU, JEEVES
Wodehouse is known for creating a cast of memorable, wacky characters, and Thank You, Jeeves is no exception. Be wary that the humor in this book was born in 1930s England, though that doesn’t mean contemporary audiences won’t enjoy the ride.

Joseph Heller's CATCH-22
This book often tops lists of the best novels ever written because of its brutally honest portrayal of the absurdities of war and its honest exploration of what it means to be “insane.” A must-read, especially if you SparkNotes’d it in high school (guilty).

Douglas Adams's THE HITCHHIKER'S GUIDE TO THE GALAXY
This book is required reading for all science fiction fans, but that doesn’t mean non-sci-fi people won’t get a kick out of it. The humor is dry and satirical in the same vein of Monty Python but still incredibly original.

Tina Fey's BOSSYPANTS
From her youthful days as a vicious nerd to her tour of duty on Saturday Night Live; from her passionately halfhearted pursuit of physical beauty to her life as a mother eating things off the floor; from her one-sided college romance to her nearly fatal honeymoon, comedian Tina Fey reveals all, and proves that you're no one until someone calls you bossy.

Jenny Lawson's LET'S PRETEND THIS NEVER HAPPENED
In an illustrated memoir, the creator of the Bloggess blog shares humorous stories from her life, including her awkward upbringing in Texas and her relationship with her husband.

Terry Pratchett and Neil Gaiman's GOOD OMENS (+ Audio)
It’s the end of the world as we know it, and the Antichrist is nowhere to be found. Pratchett and Gaiman make for a hysterical tag team, parodying everything from religion to Elvis.

Jonathan Tropper's THIS IS WHERE I LEAVE YOU
After the death of their father, a dysfunctional family is forced to sit shiva under the same roof for seven days. You’ll do equal time crying and laughing.


All titles available for request.  Requests cost $0.50 per book.

+ Reblogged from BuzzFeed.
Posted by Miss Ashley at 6:20 AM No comments:

Reblog: 15 Books So Good, You Can't Put Them Down

Looking for a good read this summer?  Try one of these 15 guaranteed-to-hold-your-interest books!

Gillian Flynn's GONE GIRL. (Large Print) (Audio)
On the morning of his fifth wedding anniversary, Nick's wife Amy suddenly disappears. The police immediately suspect Nick. Amy's friends reveal that she was afraid of him, that she kept secrets from him. He swears it isn't true. A police examination of his computer shows strange searches. He says they aren't his. And then there are the persistent calls on his mobile phone. So what did really did happen to Nick's beautiful wife?

Vanessa Diffenbaugh's THE LANGUAGE OF FLOWERS. (Large Print)
"The story of a woman whose gift for flowers helps her change the lives of others even as she struggles to overcome her own past."

A.S.A. Harrison's THE SILENT WIFE.
Todd Gilbert and Jodie Brett are in a bad place in their relationship. They've been together for twenty-eight years, and with no children to worry about there has been little to disrupt their affluent Chicago lifestyle. But there has also been little to hold it together, and beneath the surface lie ever-widening cracks. When it becomes clear that their precarious world could disintegrate at any moment, Jodie knows she stands to lose everything. It's only now she will discover just how much she's truly capable of.

JoJo Moyes's ME BEFORE YOU. (Large Print)
Taking a job as an assistant to extreme sports enthusiast Will, who is wheelchair bound after a motorcycle accident, Louisa struggles with her employer's acerbic moods and learns of his shocking plans before demonstrating to him that life is still worth living.

Susannah Cahalan's BRAIN ON FIRE: MY MONTH OF MADNESS.
The story of twenty-four-year-old Susannah Cahalan and the life-saving discovery of the autoimmune disorder that nearly killed her -- and that could perhaps be the root of "demonic possessions" throughout history.

John Green's THE FAULT IN OUR STARS. (Audio)
Sixteen-year-old Hazel, a stage IV thyroid cancer patient, has accepted her terminal diagnosis until a chance meeting with a boy at cancer support group forces her to reexamine her perspective on love, loss, and life.

Liane Moriarty's THE HUSBAND'S SECRET. (Large Print)
Discovering a tattered letter that says she is to open it only in the event of her husband's death, Cecelia, a successful family woman, is unable to resist reading the letter and discovers a secret that shatters her life and the lives of two other women.

William Landay's DEFENDING JACOB. (Large Print) (Audio)
When his 14-year-old son is charged with the murder of a fellow student, assistant district attorney Andy Barber is torn between loyalty and justice as facts come to light that lead him to question how well he knows his own son.

Tatiana de Rosnay's SARAH'S KEY. (Audio)
On the anniversary of the roundup of Jews by the French police in Paris, Julia is asked to write an article on this dark episode and embarks on an investigation that leads her to long-hidden family secrets and to the ordeal of Sarah.

Erik Larson's THE DEVIL IN THE WHITE CITY.

Hillary Jordan's WHEN SHE WOKE.
In the future, abortion has become a crime as a series of events threatens the existence of the United States. One woman wakes up to discover that her skin color has been changed to red as punishment for having the procedure done. Now she must embark on a dangerous journey in order to find refuge from a hostile and threatening society.

Kathleen Grissom's THE KITCHEN HOUSE. (Available from Bethlehem and Allentown)


All titles available to request.  Requests cost $0.50 per book.

+ Reblogged from Tiny Oranges.
Posted by Miss Ashley at 5:58 AM No comments:

Last Days in Vietnam - A Review of the Documentary

PBS has been airing Last Days in Vietnam on the occasion of the 40th anniversary of the fall of Saigon and the end of the Vietnam War. It was both exciting and heart-wrenching to watch this Academy Award nominated documentary that's now available at the Library.

The war in Vietnam was declared over in 1973 when the Paris Peace Accords was signed. A ceasefire, the dismantling of US bases, and the withdrawal of American troops and advisors within 60 days were part of the agreement. All combat soldiers withdrew by March 29, 1973, leaving behind Embassy personnel and Marine guards to protect US installations - about 5000 people.

The agreement was routinely flouted by both sides. North Vietnam rebuilt its forces over the next two years and violated the Accords by storming into South Vietnam in April 1975 and taking several major cities on the way to Saigon. The war really ended when the North Vietnamese captured Saigon on April 30.

The evacuation of the remaining American personnel and "at risk" South Vietnamese people is the subject of Last Days in Vietnam. We learn that the American Embassy in Saigon had always had evacuation plans in place. The first three would use ships, commercial aircraft, and military aircraft. The fourth or "last resort" was by helicopter. Americans would evacuate, but no South Vietnamese were included.

Evacuation was postponed for fear of starting a panic. When the North Vietnamese Army shelled the airport servicing Saigon on April 29, 1975, it was clear that regular planes could not be used, and the fourth option was all that remained.

As the North Vietnamese advanced on Saigon, many of the Americans had a moral dilemma. How could they leave the men and women who had worked for the Americans and befriended them behind? Many also had wives, girlfriends, and children who were Vietnamese.

Interviews with American personnel reveal the "right" moral decision many  made to disobey the order to leave the South Vietnamese behind. We learn that some of the young officers created "black operations" and were evacuating civilians without the knowledge of their superiors.You'll hear from an Army captain who still feels guilty because he "betrayed" the last group of 450 people who had to be left behind. One of these 450 is a South Vietnamese student who is also interviewed in the documentary. We learn at the end that he was sent to a "re-education" camp.

It's surprising how much footage there is of the evacuation. The mission used 75 military helicopters, picking up and transporting people to ships. Some of the pilots flew for 18 hours. You'll see smaller helicopters being pushed off ships so others can land, and there's an amazing story of a South Vietnamese pilot who flew his family out to a ship in a Chinook - a helicopter too large and heavy to land on the craft.

Last Days in Vietnam makes no judgements. The filmmaker Rory Kennedy wanted to showcase the uplifting stories of bravery and courage that unfolded in those last hours. She succeeds. 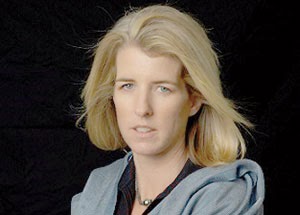